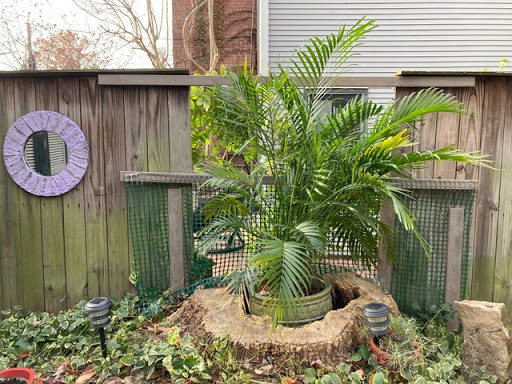 September comes in like an August in retreat: same fickle weather, same procrastination, same, sameness. Though not in the schools large and small, of course, nearly all of whom are in upheaval over protocol, techniques, needs and wants. A new month produces new hopes - always - with knowledge that a few steps forward (compliance, compassion, etc) inevitably involve  some backward moves.

On Labor Day, CVS pharmacy staff is working hard to service flu shots -  and with each request from someone 'of an age'  comes the question "have you had the other one?" A sequence of two shots two months apart for the shingles, which insurance may or may not pay for. Children are especially hard-pressed to find fresh entertainment. Outside my front windows I see a group 12-13 and under who have filled up balloons with water and invented a new kind of ball game. Or maybe it is the re-creation of paint ball in the forest where camouflage is key and here - no chance to hide on the sidewalks. So the fun goes. As do the numbers of homeless or otherwise infirm with hands out, signs, pleadings.:Give Anything You Can.

But the cry for diversity rages on, except that loaded word can have many meanings. As in a single individual who outwardly might fit the mold of a zealot (first impressions being faulty) and then turns out to be more complicated. The proud Westerner - resident of an underpopulated state often thought to be hopelessly a monotone diehard Trumper - turns out to be a skeptic of the country's public and private health system. "You got to do it all yourself. Doctors' egos get in the way," he will confess after a laborious effort to find effective care for a teenage son with cancer.

October looms and comes quickly, quietly with the cooling breaths of autumn a nighty tease. The light recedes. Days diminish in intensity. The pleasure of soft evening air. Air conditioning compressors no longer interrupt meditation. Instead, a surprise - the loud rhythms of a band nearby practicing or performing. Likely amateurs in an upbeat mood.  Conductor-composer John Philip Sousa would be pleased, as would a former long-ago owner of the property where I sit enthralled by the spontaneity of the sound was a member of his famous Marine Band. It's a heartening time, in spite of the oncoming darkness. A time to take the measure of  things, to appreciate and enjoy. Hair stylist Walter entertains while he colors, washes, cuts and blows. He needs to talk more than he needs to mow, so confident is he of his craft. Wisdom and woe, the lessons of life: beets and bananas liquified will bring down one's blood pressure. Ginseng rather than caffeine. No alcohol, ever.

ADDENDUM to a September below:

I killed a tree recently and I’m not sorry. I killed the tree, an ailanthus, before it killed me, and I did it in tandem with another murder: my neighbor’s towering elm. We plotted together.

That’s not saying I didn’t mourn the act, carried out by hired hands. That I didn’t know such things are taboo. Trees - even invasive and sick ones - produce oxygen, give shade, store carbon. Urban inner-city trees, such as our two, are especially prized when they can stand up to compacted soil, pavement, pollution, human detritus and animal waste. Amazing so many  manage to survive.

In theory, an owner doesn’t need official permission to take one down on private property. The exception in  Washington D.C., my home, is a so-called heritage tree: old growths of great girth, 100 inches circumference or more, that generally are protected by law.

My big fat dirty ailanthus and my neighbor’s elm measured 106.81. His was a tree to cherish, spreading its canopy elegantly over our rooftops and halfway across the street. Alas, elms also are favored these days by a mean beetle that carries a damaging fungus, the so-called Dutch elm disease named for the country where it was first identified.

The ailanthus, by contrast, is  recognized universally as an invasive scourge of little redeeming value except it is fast-growing and nearly indestructible. It sends out sprouts indiscriminately and often, even after being cut down.  (It’s also known as the ‘tree of heaven’  because of its great reach upward. And, yes, the name was a metaphor  for   struggling immigrant life portrayed in “A Tree Grows in Brooklyn,” title of a 1943 American novel and later a movie.)

My neighbor and I had paid  a commercial firm dearly through the years to keep our trees alive - in theory. Who doesn’t want cooling shade under a hot summer  sun?

Then came a spring storm that sent a supposedly healthy  ailanthus limb  crashing down onto my patio, mangling a newly-bought wrought iron chaise longue and just barely missing my house. An omen if ever there was one. I shuddered recalling the $20,000 estimate  once  given me about the cost of removal, primarily because of its location in a back yard with limited access to the street.

About the same time my neighbor asked an ‘arborist consultant’ (yes, they exist) to advise him about the wisdom of continuing to feed nutrients to an elm that had he thought showed some troublesome signs on its trunk. Sure enough the beetle was winning. Treatment was experimental in Holland and elsewhere but no cure was guaranteed. The arborist at the company recommended by the consultant - RTEC Tree Care in Virginia, which looks after trees on the Capitol lawn and  National Mall -  suggested we could each save considerable money by taking down two together.

That’s when the heritage issue came up. A local Ward 6 arborist, employe of the  D.C. Urban Forestry Administration, had to testify  that our trees were hazardous to the public’s wellbeing. But since mine was on the city’s published list of undesirable invasive species, I probably didn’t need his report, he said - not unless neighbors complained about a sudden loss of shade.

Working with the bureaucracy in a pandemic to arrange permits isn’t easy. RETC managed to fix  a date with D.C.’s Transportation Department to close the block, but a forecast of wind and rain forced a cancellation.

Two weeks later, the largest crane I’ve ever seen rumbled up at dawn, planting itself on the street along with auxiliary trucks and  crew. A burly conductor directed this steel contraption with the console’s buttons guiding its giant arm in wide sweeps across houses two and three stories high. A computer aboard helped gauge how limbs weighing as much as two ton each could be landed safely with impressive precision. Each move was done in coordination with a crew on ropes wielding chain saws as deftly as scissors, in the air and on the ground.

No better show this season than most movies and Zoom sessions I’ll wager.

“It’s all physics,” said  RTEC arborist Jim, as if that explained the dynamics involved.

The elm disappeared first, the ailanthus after lunch.  Wood that wasn’t  ground up at once was hauled away. By 3 p.m., all that remained were naked stumps barely a foot high. A sad sight for an elm that had spent its life  enlivening the sky and harboring wildlife. Its cut was clean and solid.

Not so the ailanthus,  whose stump revealed a deep hollow full of decay. I plopped a large potted palm inside the hole to cover the gap. I liked the idea of having a decorative Ikea plant preening in a space recently occupied by my unruly specimen - a pesky dangerous overgrown weed. Come winter, I’ll substitute a fake version.

Posted by Urbanities at 8:36 AM