Yes, boundaries matter. Especially when it comes to planning the original District of Columbia. Originally, it was  a 100 square mile federal territory stretching across the Potomac River into Maryland and Virginia, with marker stones in place every ten miles. A geographer's dream, or maybe nightmare. although the first survey was led by a major (Andrew Ellicott -  think Maryland's Ellicott City)  with the help of astronomer and surveyor Benjamin Banneker - namesake of one of the modern city's major academic public high schools. Of the original 40 milestones on four lines, 36 remain: most of them sturdy sandstone blocks behind iron railings -  the oldest federally placed monuments in the US, claims Wikipedia. They are worth a look, often entailing a colorful walk to out-of-the-way places. Or accessible at unusual places that few passersby would bother to notice. Look on the southwestern side :
-At a cornerstone now in a seawall of Jones Point Lighthouse, 1 Jones Point Drive, Alexandria, Va. Not far from the Woodrow Wilson Bridge traffic streaming overhead over the square's south corner. River view guaranteed.
-Southwest No. 3 boundary marker in the parking lot of the First Baptist Church, 2952 King St. Don't bump into it while backing up...
- Southwest No. 6 in a grassy lane divider on So. Jefferson St., south of junction with Columbia Pike, on your way to REI and Gold's Gym. (Pull over and park, then  carefully cross the road while cars go whizzing by honking at you.)
One could joke and say the stones mark the only time when Washington DC really was attuned to order. given that its citizens are 'stateless," their home officially a disenfranchised 'federal district,' since their federal election votes don't matter. Stuck inside the boundary. 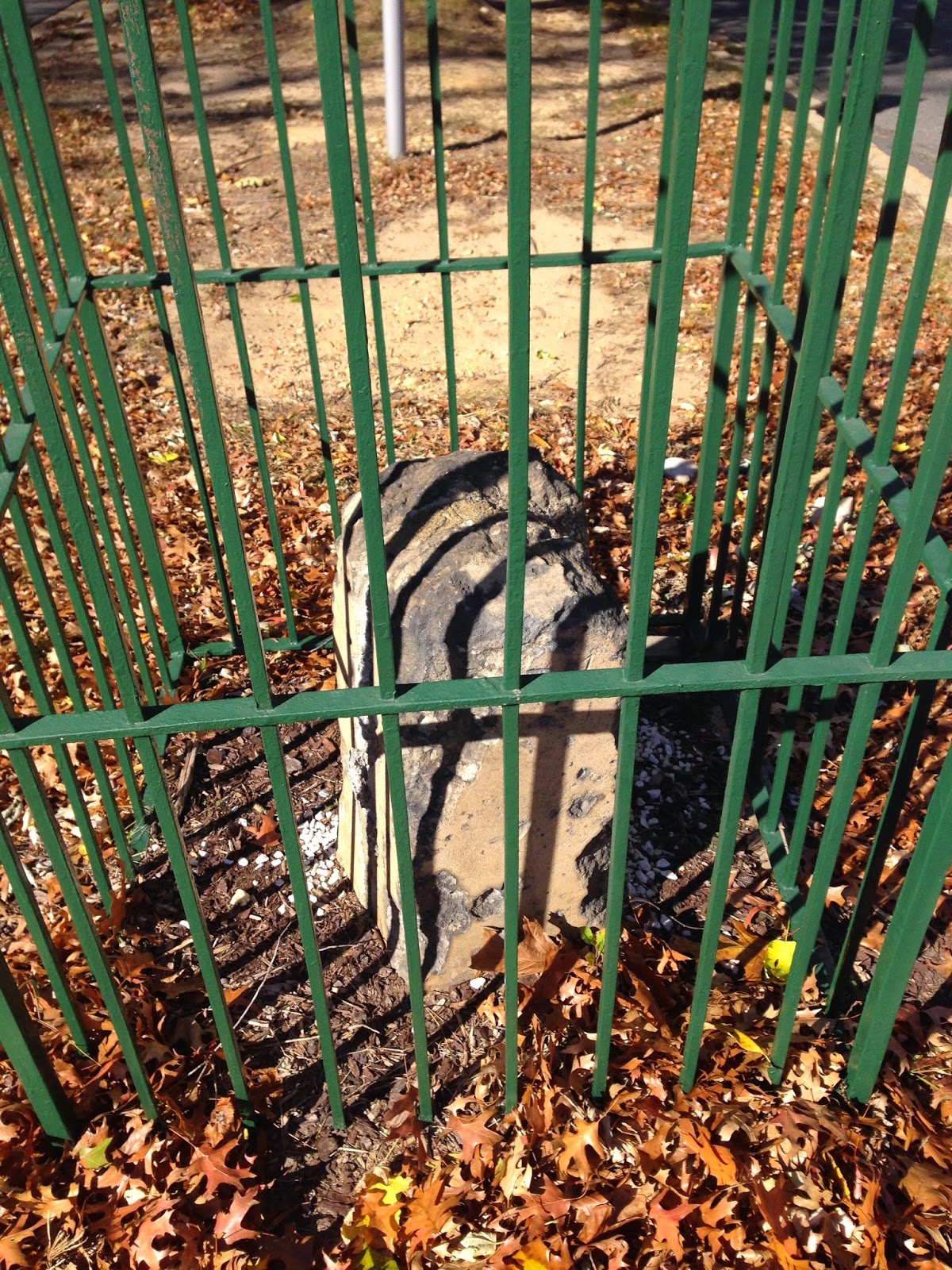 Posted by Urbanities at 1:20 PM